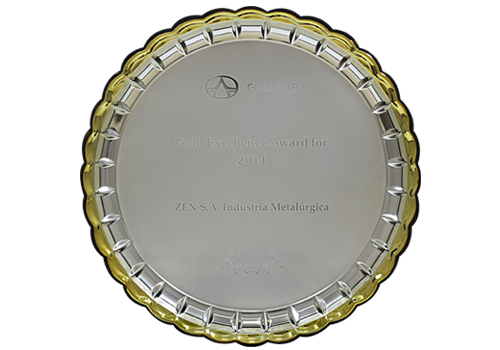 ZEN, the Brazilian manufacturer of starter drives, received the Best Supplier award in 2014 from the Indian company Comstar, supplier of starter motors and alternators for automobiles and commercial vehicles. The companies have been partners since 2008.

Comstar, one of the leading suppliers of starter motors and alternators for Ford, equips its products in vehicles marketed in the United States and in countries in Europe and Asia. With 20 years of existence, the system has two production units: one in Chennaí, in India, and another in Tecumseh, in the United States.

ZEN, the largest independent manufacturer of starter drives in the world, has market share in the original (OEM) and aftermarket segments in South America, North America, Europe, Asia and Africa. The Brazilian company was founded in 1960 in Brusque (SC), and operates in the segment of auto parts for light and heavy lines. The manufacturer annually produces about 15 million components per year for more than 2,000 models of motor vehicles.