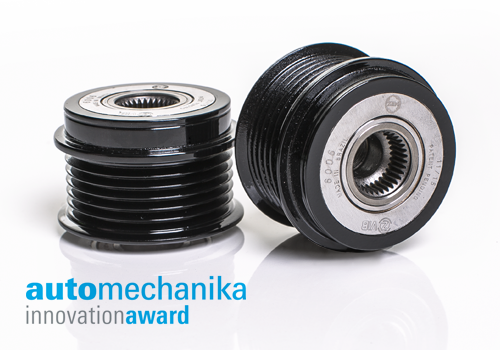 Every two years since 1997, shortly before the official opening of the event, a jury of specialists selects auto parts, systems and services aimed at the maintenance market and accessories that consider the most innovative of the exhibition. In 2014, ZEN SA was among the finalists.

The eight German jurors of that year made the selection between 120 registrations, 66 of the own Germany and 54 of other countries. The most innovative solutions and products that point to future trends were chosen in seven categories.

Among the 120 product and service registrations, a Brazilian company, ZEN, which manufactures starter motors, exhibited at this year's Automechanika its cushioned Free Wheel Pulley, known as the Z-VIB Pulley, in the final development phase. The new pulley can be applied in torque or freewheel functions (alternator) and is adaptable to the strategies adopted by the automakers to reduce fuel consumption, such as slowing of the idle speed.