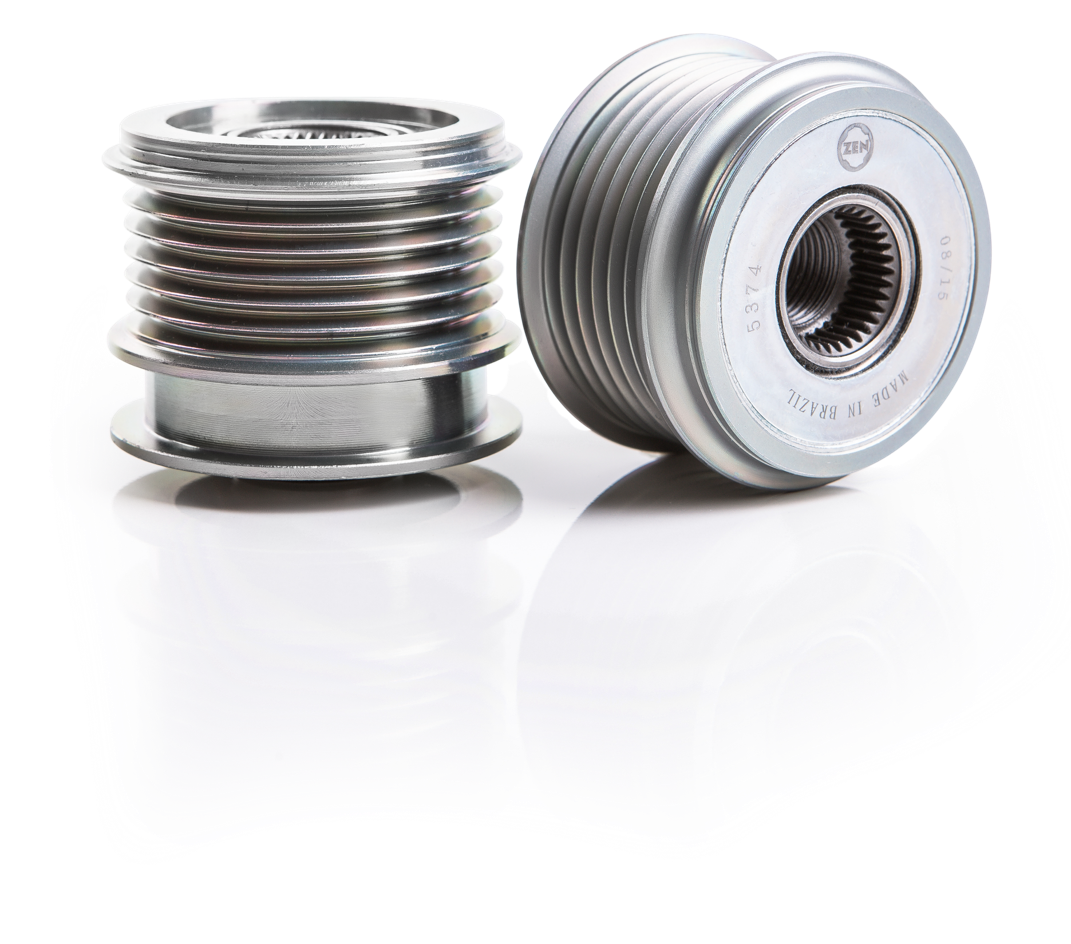 With 100% domestic technology and production, the company stands out as the only Brazilian manufacturer of the component
Now the vehicles of the main assemblers installed in Brazil are equipped with alternator clutch pulleys produced by ZEN. This is because the auto parts supplier is providing the part for a worldwide manufacturer of alternators. With 100% domestic technology and production, the company is the only Brazilian manufacturer of pulleys for the original market.
The function of the alternator pulley is to transmit the torque of the vehicle engine to the alternator by means of a belt, turning the mechanical energy into electric to charge the battery.
A few years ago, the vehicles were equipped with only rigid pulleys. With the technological advancement, there was an evolution of the piece: the clutch pulley, which contains several internal components that allow the rotor of the part to rotate freely in cases of abrupt decelerations of the engine. This prevents the belt from "slipping" and presenting the famous "cricket" noise, that sound similar to that of a cricket - hence the origin of the term. This pulley also increases the life of accessories, such as the belt tensioner, as well as contributing to the reduction of engine vibrations.
The demand for this component increased with the higher production of three-cylinder vehicles in Brazil, such as the Hyundai HB20, Ford Ka, Volkswagen UP !, FOX, Fiat Uno, Mobi and the Argo and Renault Sandero, among others. The three-cylinder engine tends to vibrate more compared to the four-cylinder and the clutch pulley was one of the solutions found to reduce vibrations.
Since 2005, ZEN has produced more than four million pulleys and already has more than 200 part numbers in the portfolio.
In order to meet the increasing demand of this component, ZEN has made investments in new equipment and in the improvement of the processes to ensure high quality standards. "The excellence of the brand's products is already recognized by the market. Proof of this is the company's presence on five continents. The parts produced in Brusque (SC) are exported to more than 50 countries, "says Acácio Freitas, Marketing Coordinator.
Back