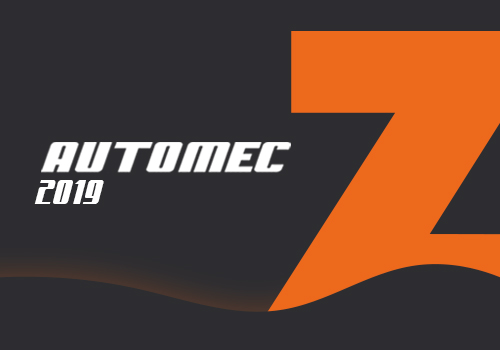 ZEN, a major auto parts manufacturer based in Brusque (SC), will be present at another edition of the AUTOMEC between April 23 and 27.

The company, which is the original supplier of starter drivers, clutch pulley and cold and hot-formed, also has a large share in the global aftermarket with its range of products including belt tensioners, distribution kits, housings and planetary gears.

At its 150 m² stand - bigger than the previous edition - the company will present all the innovations of its product lines. Last year ZEN launched about 150 product or 1 every 2.5 days.

The alternator pulleys, belt tensioners and distribution kits are the fastest growing ZEN lines and have been gaining more and more space in the market. There have been more than 100 product launches over the last 12 months for these product lines.

In the clutch pulleys area, ZEN became an original supplier in 2017, after 12 years of supply to the global aftermarket. The tensioners and distribution kits, manufactured by ZEN since 2009, have been gaining considerable prominence among mechanics throughout the country.

Prizes at the Stand

The app is available on the Google and Apple Stores, and can be accessed online and offline

When you opening the app, the customer has access to all ZEN content in rich detail, including technical application tips, conversions and dimensional information, as well as being able to compare products.

Automec is the leading event in Latin America for the Replacement and Repair sectors for light, heavy and commercial vehicles. Headquartered in São Paulo, Automec is recognized throughout the automotive production chain as the main meeting point for relationships among the largest distributors, auto parts retailers, automotive workshops and national and international suppliers in the sector.