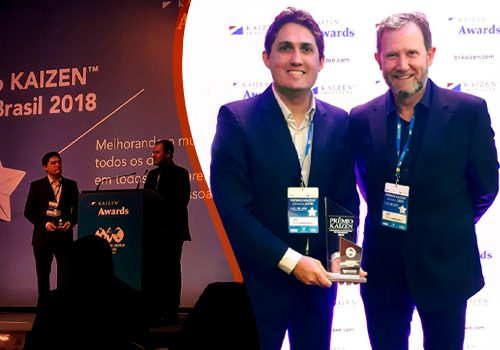 ZEN, the automotive industry based in Brusque (SC), will represent Brazil in the first edition of the Global KAIZEN™ Award, which will take place on November 14 in Italy. Promoted by the KAIZEN™ Institute, this is one of the most important worldwide awards aimed at recognizing continuous improvement practices applied through the Lean Philosophy. In a ceremony held in São Paulo on Tuesday 27, ZEN has also just won, for the second consecutive year, first place in one of the categories of the national edition of the Award.

"I am convinced that Brazil has a long way to go in terms of improving its competitiveness. What we can do, and what is under our sole responsibility, starts from the gate into our organizations. Reducing loss and waste, getting more done with much less, eliminating rework, and maximizing utilization of our assets is up to us. Lean's philosophy and tools, Kaizen (continuous improvement), have ample potential to put Brazil on another level of global competitiveness. Its best known and most widespread use is in manufacturing processes, on the factory floor. However, the same concepts apply in many different business segments, such as hospitals, agribusiness, service sector and general administrative areas. We are very proud of all of us at ZEN to be able to represent Brazil in this global Kaizen Institute award, and to contribute to the dissemination of the operational excellence initiatives that it represents”, comments ZEN President Gilberto Heinzelmann.


The company from Santa Catarina was nominated for the Global KAIZEN™ Award for the case related to the ZEN Manufacturing System (SMZ), winner of the main category of the Brazilian edition of the Award in 2018. To be accepted as a finalist in the global edition, the case has undergone a new evaluation and approval by other branches of the KAIZEN™ Institute worldwide. In addition to ZEN, there are six representatives from different countries: Ducati Motor Holding (Italy), Galp (Portugal), Grupa Kapitałowa PKP Energetyka (Poland), LEONI Kerpen GmbH (Germany), Royal FloraHolland (Netherlands) and Zoetis (Spain). 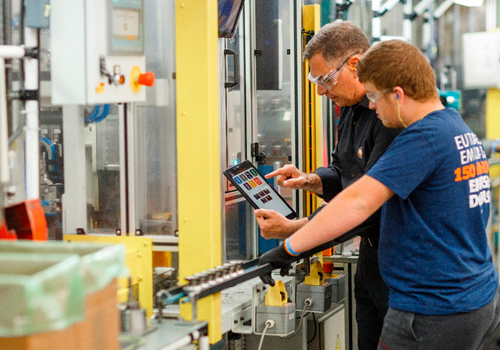 “Representing the Brazilian companies engaged in the Lean transformation process is a great pride for our team, which has worked hard over the past five years to develop our Manufacturing System. We would like to thank the KAIZEN™ Institute do Brasil for believing in our work and providing this joy to all ZEN employees. We hope, with our presence in the global stage of the KAIZEN Award, to inspire other companies and organizations in Brazil to launch themselves in this journey of Lean transformation", celebrates ZEN's Operations Director, Eduardo Bertolini.

The KAIZEN™ Institute operates in more than 30 countries and seeks to disseminate the culture of waste elimination in organizations. Each year, its regional offices award the KAIZEN™ Lean Award in different categories. In Brazil, the award has been held for four years in partnership with the Escola Superior de Propaganda e Marketing (ESPM), Fundação Vanzolini and Instituto Mauá de Tecnologia.

In all national editions of the Award, ZEN was present among the finalists. In 2018, in addition to winning the "Excellence in the Continuous Improvement System" category, the company's president, Gilberto Heinzelmann, received the title of Ambassador KAIZEN™ for the consistency of the work carried out in management focused on excellence in business. Already in 2019, the KAIZEN™ Institute Brasil awarded ZEN the first place again, this time in the category "Excellence in Growth Strategy". The case presented how production based on the Lean Philosophy, together with an efficient sales strategy, ensured competitiveness between 2013 and 2018 in a market hitherto little explored by the company, that of pulleys and tensioners.


Lean Philosophy as a Business Strategy

Since 2012, ZEN has been developing a robust process of continuous improvement.  The company decided to adopt the Lean Philosophy as a business strategy, which resulted in a significant evolution of important indicators. The Cost of Non Quality (NQC) was reduced by more than 80%, productivity increased 30% and production time went from 80 to the current 18 days. To standardize manufacturing based on Lean Philosophy concepts, in 2017 the company launched its own system.

The ZEN Manufacturing System (SMZ) considers that each workstation must be certified in seven pillars, monitored through five fundamental indicators for the company's manufacturing. Collaborators, both production and in the support areas, implement these guidelines through a certification system, which consists of audits and action plans. At the end, each work center receives an approval seal that certifies compliance with a high level of standards of quality, safety and productivity.