ZEN S.A. is a world reference in continuous improvement. 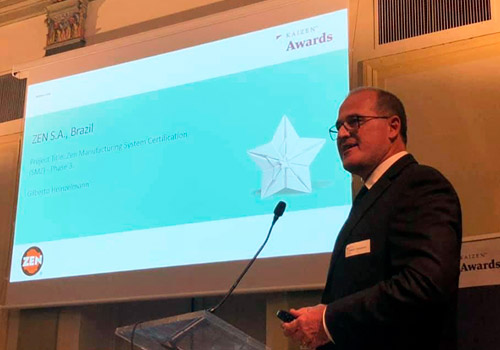 State of Santa Catarina company represented Brazil in the Global KAIZEN™ Award, winning second place in what is one of the most important awards in the corporate world with a focus on Lean culture.

ZEN SA, the automotive industry based in Brusque (SC), is among the companies in the world that best apply the culture of continuous improvement and anti-waste for the efficiency of their operations. Who certifies is the KAIZEN Institute, the most important institute directed to propagate the Lean Philosophy. On Thursday 14th, the president of ZEN SA, Gilberto Heinzelmann, was in Bologna, Italy, to represent Brazil and receive a decoration for the company, which won second place in the Global KAIZEN™ Award.

"Great honor and pride to represent the Zen team at this award ceremony. More than 200 companies in seven countries presented their continuous improvement cases. Of these, seven were represented at the global event in Bologna, with Zen being awarded second place," Heinzelmann celebrates. For the president of ZEN SA, the tools of Lean can help Brazilian companies and institutions to elevate the country to a new level of global competitiveness.

As the winner of the Global KAIZEN™ Award, ZEN SA presents a scenario desired by companies of all sizes. In five years the Cost of Non Quality (CNQ) was reduced by more than 80%, productivity grew 30% and the time it takes for a part to go through all the processes before being sent to the customer was reduced by 75%. In addition to productivity gains, Lean-driven work also contributes to collaborator safety.  During this period, the company reduced the number of accidents by 95%. To standardize manufacturing based on Lean concepts, in 2017 the company launched its own manufacturing system.

Lean is a widespread philosophy in the industry, with the adhesion of major companies worldwide. It is recognized as one of the most efficient methods for reducing costs and identifying process losses and waste. Although implemented mainly in manufacturing, Heinzelmann points out that this philosophy can be applied to the most diverse segments and sizes, helping companies to improve processes and maximize assets. 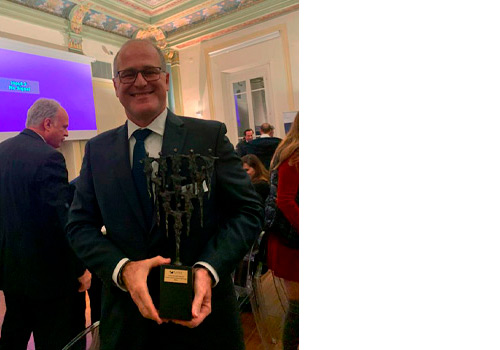 About the Global KAIZEN ™ Award

The KAIZEN™ Institute operates in more than 30 countries. Each year, its regional offices award the KAIZEN™ Lean Award in different categories. In Brazil, the award has been held for four years in partnership with the Escola Superior de Propaganda e Marketing (ESPM), Fundação Vanzolini and Instituto Mauá de Tecnologia. ZEN SA was nominated for the Global KAIZEN™ Award for the case related to the ZEN Manufacturing System, winner of the main category of the Brazilian edition of the Award in 2018, competing with the companies Scania and Siemens.

To be accepted as a finalist in the global edition, the company from Santa Catarina underwent a new evaluation and approval of other branches of the KAIZEN™ Institute worldwide.

Collaborators are essential for Lean implementation 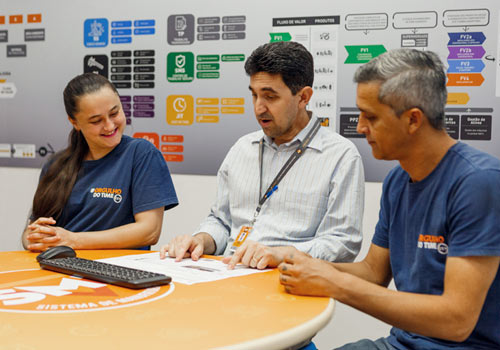 The ZEN Manufacturing System (SMZ) involves collaborators around the culture of quality and continuous improvement. This methodology considers that each job should be certified in seven pillars, monitored by means of five fundamental indicators for the company's manufacturing. Collaborators, both production and in the support areas, implement these guidelines through a certification system, which consists of audits and action plans. At the end, each work center receives an approval seal that certifies compliance with a high level of standards of quality, safety and productivity.

The Operations Director of ZEN SA, Eduardo Bertolini, highlights that the implementation of the Lean Philosophy only achieves success when teams are aligned and engaged. "Winning second place in the Global Kaizen Award came to highlight our dedication, after all our team has worked hard over the past five years to develop the ZEN Manufacturing System. Together we deliver great results and prove that the collaboration is worth it, which is a source of great pride for the entire company, “celebrates the executive. Therefore, ZEN's collaborators are the main protagonists of this achievement, since they are the ones who apply and follow the concepts of Lean in their daily responsibilities.

The Lean Agent Course is one of the highlights of the ZEN Manufacturing System, because it prepares collaborators to act with Lean thinking. The classes are taught by qualified collaborators, valuing the internal talents and encouraging the exchange of knowledge within the company itself. Since 2013, more than 200 collaborators have graduated as Lean agents. At the end of the course, which lasts three months, the collaborator presents a project to improve processes or avoid waste in the company.
Back