ZEN will be present at Automechanika Shanghai 2020 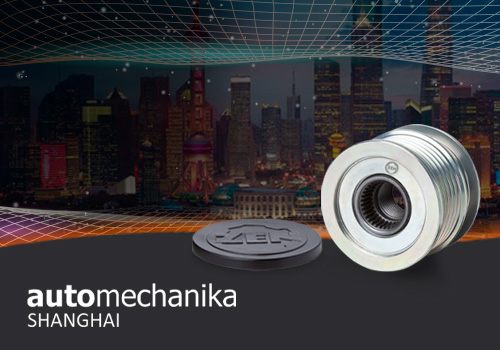 ZEN, automotive parts manufacturer for over 60 years, based in Brusque (SC), will be present at Asia’s largest automotive fair for the fourth year in a row, the Automechanika Shanghai. In 2019, ZEN started manufacturing clutch pulleys directly from China to serve the local aftermarket as well as global manufacturers of alternators for the original market.

The alternator pulley is responsible for taking the car’s engine rotation through a belt, transmitting the torque to the alternator, which in turn transforms the mechanical energy into electricity to charge the battery. The difference of this type of pulley is an additional function that allows the rotor of the part to rotate freely in cases of sudden decelerations or stops of the engine. This prevents the belt from slipping, thus damaging the system.

In 2017, ZEN started supplying its pulleys to the original market. In the aftermarket it already has over 300 part numbers in its portfolio. Since its launch in 2006, more than 8 million pulleys were sold worldwide.

In addition to the clutch pulleys, ZEN will display its main export product lines at its booth, such as decoupler pulleys (Z-VIB), starter drives, tensioners and distribution kits.

This will be the sixteenth edition of Asia’s largest automotive fair and the second largest in the world. The event foresees around 5,300 exhibitors of different nationalities. In 2019, the show had more than 155 thousand visitors.